Chungnam dispatched a delegation to West Java to expand
cooperation in economy, the environment and culture.

Chungnam is expanding its relations with West Java leading the economic growth of Indonesia, the fourth most populous country in the world, emerging as the central player in Southeast Asia. Chungnam recently dispatched a four-person delegation, including officials of the province and the Chungnam Creative Economy Innovation Center, to West Java, Indonesia.
On October 17, the delegation met with Governor Ridwan Kamil of West Java and confirmed willingness to increase exchange with Chungnam. On October 18, the delegation participated in the West Java Investment Summit 2019 and sought ways for smart city-related business in Chungnam to make inroads into the country’s market. The summit meeting hosted by the provincial government of West Java by the Bank of Indonesia was attended by local government officials and investors from 13 countries such as Korea, the USA, Japan, Singapore and the UK. At the summit, the host introduced major projects in Java in the areas of urban railways and solid waste disposal, tap-water management, a new airport and associated urban development, new industrial complexes and associated urban development, and special economic zones. Business consultations followed for each of those projects. Apart from the West Java Investment Summit, the Chungnam delegation met with Donny Ramden, head of International Cooperation Division of West Java, and officials of the division and agreed to increase exchange between the two provinces in the following areas: (1) cooperation for Chungnam business to advance into the halal market, (2) the environment including fine dust, (3) urban management including waste disposal, (4) exchanges in culture, arts and sports, (5) agriculture including subtropical plant R&D, (6) regional development. Meanwhile, West Java officials paid keen attention to the issues of smart city urban development, promotion of halal tourism, and exchanges between West Java Chamber of Commerce and Chungnam Chamber of Commerce. 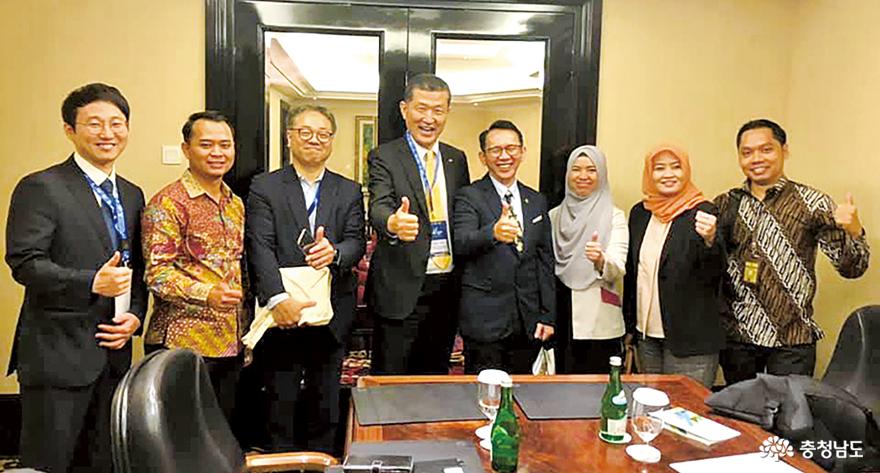