An endangered species in China,
Succeeded in mass breeding through pot cultivation,
Dreaming of building a seven-son flower theme park

Seosan Dawon Arboretum (CEO Lee Hee-jun) played a significant role in leading the province’s efforts to promote Rural Convergence Projects billed the 6th economic sector. CEO Lee who led the Aronia boom in Korea with aronia solution and powder is now spearheading the seven-son flower market in the country.
The seven-son flower is an unfamiliar species in the domestic landscaping market, but it is popular in the United States and China as a honey plant and a precious medicine, respectively. The plant can survive 30 degrees Celsius below zero. It is not vulnerable to pests, either. Most notably, its flower lasts for a long time from late summer to early winter. Its color changes from white to red over time as the plant blooms twice a year, demonstrating the extremes of splendor. Pollen and honey are harvested in August. The plant is known to help purify the air. On the back of such various benefits, the plant was chosen as the best landscaping species by the American Society of Landscape Architects in 2008.
The plant is still considered a rare species in Korea despite the diverse benefits it can offer. The reason is that it is not easy to breed the plant. Lee succeeded in mass breeding through a pot cultivation technology that he developed as a result of hard work over the years. The arboretum has 500,000 seven-son flower plants, the nation’s largest and the world’s first in terms of mass breeding. Lee bought 10 plants at a seed store in 2011 out of curiosity. They have grown to 500,000 after Lee had to undergo plenty of trial and error. The most painful memory is that those that he planted in the field were completely destroyed by Typhoon Bolaven.
He focused on the development of pot cultivation to reduce damage from natural disasters such as typhoons while getting over the issue of slow growth of the plant. The patented pot of the arboretum creates an optimal environment for mass breeding with the added benefits of a systematic supply of water and nutrients. Growth has accelerated more than three times. Labor costs have dropped drastically thanks to the automatic supply of water and nutrients.
Last year, the arboretum earned 1 billion won in revenues, less than what it was earning at the peak of aronia business. However, the plant of the arboretum was registered with the Public Procurement Service last year. The number of local governments using the plant as their roadside tree has been on the rise with increased inquiry from other local governments as well.
CEO Lee is preparing to make inroads into the Chinese market with his seven-son flower plant. Although it is native to China, the plant is classified as an endangered species. Now CEO Lee is thinking about bringing the plant back to China.
Furthermore, he has already completed the development of a product lineup based on the flower essences, including cosmetics, tea, honey, and spices.
CEO Lee serving as an evangelist for the plant at home and abroad says that his ultimate goal is building a seven-son theme park.
He said, “The theme park will enable visitors to have diverse experiences related to seven-son flowers such as healing therapy, honey, cosmetics and food tapping into the plant’s various unique properties,” adding, “Meanwhile, I will make sure that more people can enjoy the charm of the seven-son plant by having it planted throughout the country.” 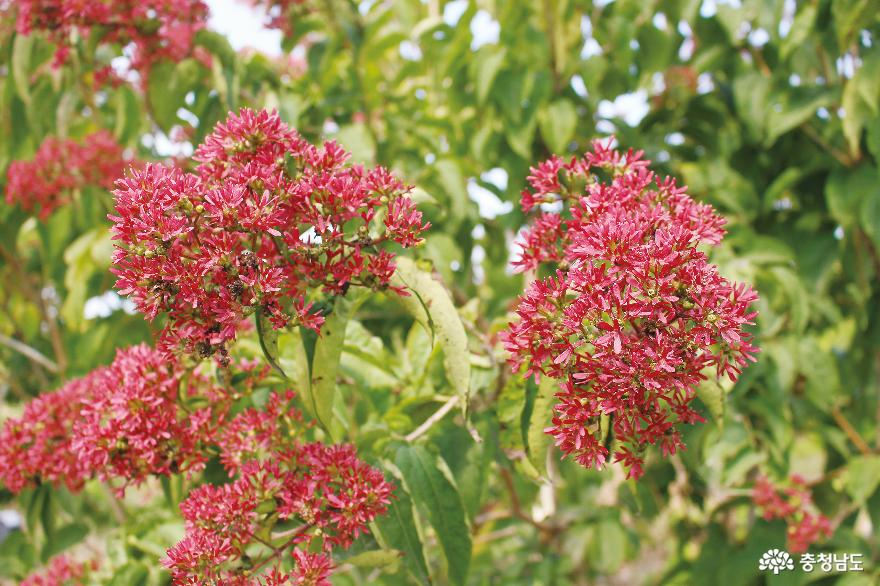