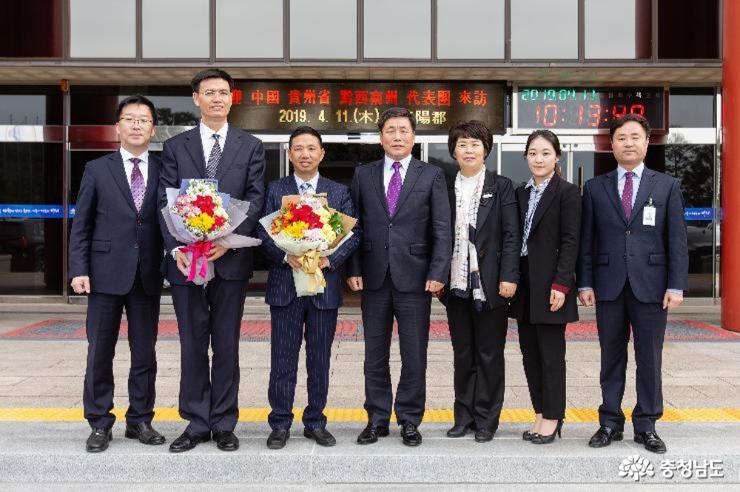 The event took place in the reception room with Kim Ki Joon, the Vice-President of Cheongyang-gun directing it. According to Cheongyang-gun, the delegation came to Korea after the Cheongyang-gun visited the Qianxinan Buyei and Miao Autonomous Prefecture last March to discuss areas in which the two cities might be able to collaborate.

Vice-President Kim Ki Joon and Vice-Secretary Liu Gang agreed that the two cities should work together in the fields of agriculture, tourism, culture, education, sports, and more. Vice-Secretary Liu Gang explained that “Qianxinan Buyei and Miao Autonomous Prefecture hosts an international event every September,” adding that “Cheongyang-gun will be invited to it this year.”

The region’s geography is largely mountainous, boasting beautiful nature in all four seasons. They have the Maling River Canyon and Wanfenglin, which are designated UNESCO World Heritage Sites, so the prefecture is quite well-known for tourism, with tourist traffic to the prefecture all year round.

A Cheongyang-gun official announced that “Starting from the Qianxinan Buyei and Miao Autonomous Prefecture delegation’s visit, we plan on beginning with administrative exchanges regarding agriculture and tourism. We plan on expanding this to culture, education, sports, and more, in the future, in order to foster global leaders within the city and to help each other with the goal of becoming better cities.”