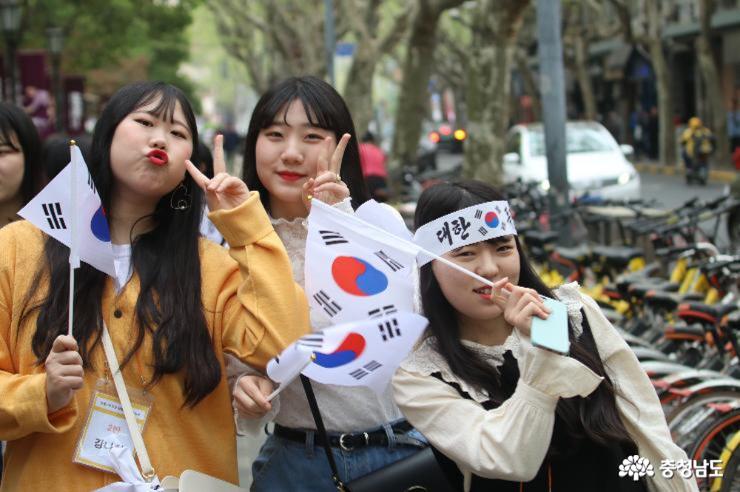 Celebrating the 100th year anniversary of the establishment of the Korean Provisional Government, students visited the Provisional Government headquarters in Shanghai, the site at which Yun Bong-gil spoke out, and the shrine at the Lu Xun Park to commemorate the sacrifices of their ancestors that sacrificed much for the country. It was a meaningful time for students to bear witness to the history of Korea and to be reminded of their proud heritage.

The international exchange, which first began in 2016, has been providing the opportunity for students to see a larger world, to become more creative, and to look back on their nation’s history by visiting Osaka, Nara, and Kyoto in Japan and Shanghai.

The global leaders international exchange program is a project intended to help overcome the gap in educational quality our students face when compared to students from larger cities and to develop Nonsan youth into global leaders. This program practices a true educational governance model based on collaboration at the Nonsan Gyeryong Office of Education. The program is an exemplary program often complimented for its use of education to establish a more refined society.