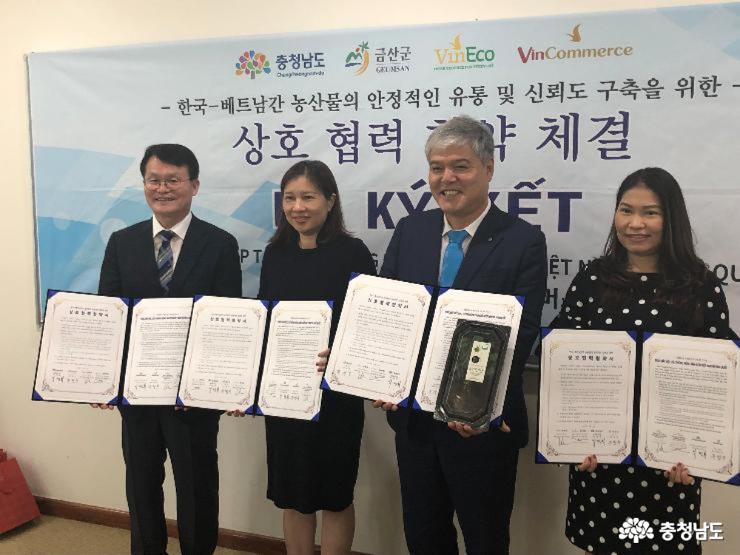 ▲ A Chungcheongnam-do Official signing the MOU with Vincommerce

On April 4th in Hanoi, the province signed an MOU with an affiliate of the largest manufacturing company in Vietnam, the Vingroup, called VinEco, an agricultural company, as well as with Vincommerce, which owns 1,800 grocery stores across Vietnam. With this agreement, the province expects there to be around 3,000,000,000 KRW worth of Geumsan ginseng exports.

Aside from this, the province also consulted Klever Fruits, a company that owns around 80 stores across Vietnam, in an attempt to export Korean pears and grapes. They also visited the K-Market, the company that operates around 100 Korean grocery stores in Vietnam, in order to discuss the future plans for exporting local produce.

A provincial official emphasized that “The province strives to promote a global trend of Goryeo ginseng with the establishment of the Global Geumsan Ginseng Promotion Board. By expanding the produce market into Southeast Asia, we will try our best to increase the income in the agricultural sector.”