Baekje Cultural Festival comes to a grand finale on the 22nd 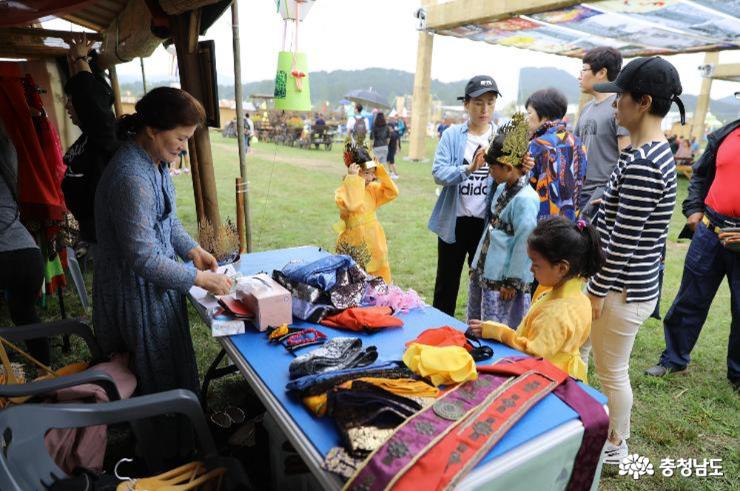 Baekje Cultural Festival, which received enthusiastic responses from foreign tourists, came to a grand finale on the 22nd.

Under the theme of “Enjoy Baekje, the Origin of Hallyu”, Baekje Cultural Festival was successfully carried out at Gudrae Waterfront, the royal tombs of Sabi, Unique Creation Street, etc. in the city of Buyeo.

Gudrae Waterfront, the location of the main stage of Baekje Cultural Festival, has an abundance of things to see and enjoy such as a complex of cosmos in full bloom and an old bridge that crosses Baekmagang River, and large-sized structures where experience programs are carried out.

Also, a youth vocational career path experience is being hosted at Gudrae Sculpture Garden which carries out a variety of programs to induce the participation of adolescents. During the festival, an audition truck of the worldwide entertainment group YG is operated to provide a chance for Buyeo adolescents to showcase their talents in singing and rapping.

Meanwhile, the closing ceremony featured a folk festival comprising Durepungjang of Chochon Chuyang-ri and Hosangnori of Yongjeong-ri as well as KBS’s Nationwide Singing Competition through which the singing talents of Buyeo people were checked out.

Buyeo Arts Group and a Mimaji performance started the pre-ceremony event, which was followed by the festival highlights and closing remarks, and popular artists such as Hong Jin-young, GB9 and MYTEEN capped off the successful Baekje Cultural Festival.

At Gudrae Waterfront, “Gudrae Dock Street” set up to reproduce Gudrae International Trade Port, which was a hub of trade and commerce, origin of international exchange and symbol of brilliant cultural revival, attracted a great number of tourists every day.

Near the street, “King’s Maze” was also crowded with tourists who attempted to solve 15 mysteries of the Gilt-bronze Incense Burner of Baekje in a large maze. The number of people admitted on the first day alone was calculated to be over 2,000 and, thus, the event is evaluated to have achieved a significant outcome in terms of profits generated.