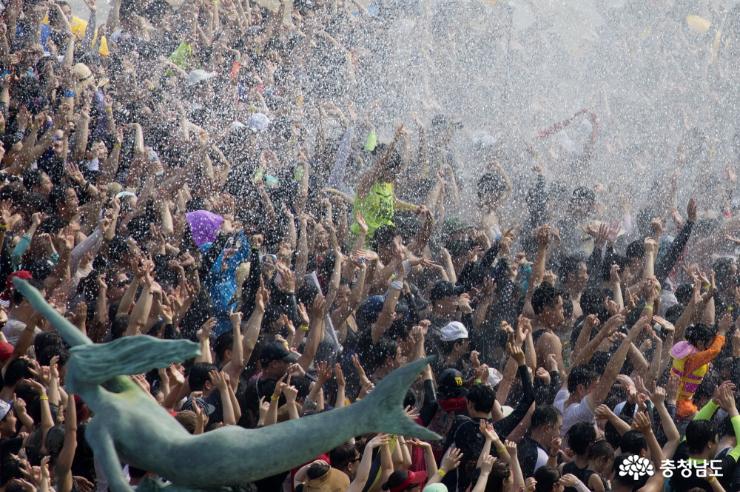 ▲ The People in the Boryeong Mud Festival

The city of Boryeong, which has advertised Korea to the world through its Mud Festival and fulfills its role of vitalizing the local economy, was honored by being selected as a World Festival and Event City of 2018.

Boryeong was selected as 2018 World Festival & Event City at the 63rd International Festivals & Events Association (IFEA) General Meeting held in San Diego, California in the morning of the 1st, local time. Kim Dong-il, Mayor of Boryeong, attended the event to receive an official flag and a certification plaque.

IFEA was established in 1956 for the purpose of establishing global festivals and networks and sharing festival operation information and new ideas, and currently has over 3,000 regular members and more than 50,000 associate members from more than 50 countries in 5 continents worldwide with its headquarters in the city of Boise, Idaho in the United States.

Before this honor, the city has won the “Pinnacle Awards” Competition of Korea, which is notarized by IFEA, for 10 consecutive years for its Boryeong Mud Festival, and has also received awards in various categories of global competition including TV advertisements and new products.

The selection as a world festival city has enabled Boryeong to include the 2018 IFEA World Festival & Event city logo on the city’s official materials such as its website, publications, books, brochures and marketing, and the news has spread to the media in different countries around the globe, which is expected to increase the marketing effect to attract both Korean and foreign tourists.

Mayor Kim stated, “Despite being a relatively small city, Boryeong has developed the Mud Festival into a global event through continuous efforts by the citizens and civil officials” and “We will prepare the 2022 Boryeong Marine Mud Expo, which will carry out the sixth industrialization of mud and also paint a blueprint of marine healing through mud, in a splendid fashion so we ask for the continued interest and participation of the IFEA members in different nations.”

Meanwhile, Boryeong Mud Festival, which started by the city to increase recognition of the cosmetics utilizing mud that the city began to commercialize in 1996, has been held with a variety of mud-related programs since 1998 and, buoyed by the increasing participation of foreigners who love the thrill, challenges and experiences, has become one of the top festivals of Korea.