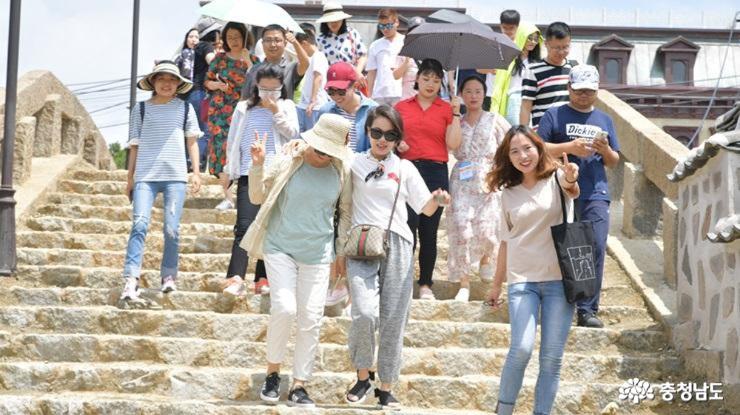 The city of Nonsan has been putting in multi-dimensional efforts to advertise its own local tourism resources and notable tourist attractions that have been rising as hot places recently.

According to the city, Nonsan replaced the design of tour guide maps on display at 3 locations by major roadways such as expressways or national highways with a more eye-catching one during August for the sake of PR of the region’s fascinating tourism resources.

Going beyond the limited frame of the existing version, the new guide map utilizes striking design to show various tourist spots, which include not only the 8 scenic beauties of Nonsan and well-known tour courses but also Korea’s largest Sunshine Land, which has become extremely popular and already seen at least 140,000 visitors since it opened last November, and Tapjeongho Lake.

Its increased brightness enables to be easily identified even from afar. The city plans to replace the signs at 3 additional locations by the end of the year to complete sequential supplementation work.

Moreover, it has revised and reinforced the existing content of tourist attractions and published 5,000 copies of a tour guide book in Korean as well as 1,000 copies each in Chinese and Japanese in order to attract foreign tourists. The copies have been distributed to rest areas throughout the country.

The city also produces tour videos that feature rising tourist attractions such as Sunshine Land, equipped with military experiences and a drama set, and Tapjeongho, gaining popularity for its waterside deck, etc., to carry out PR not only at facilities with a great number of people but also on SNS like Naver and YouTube.

In addition, tour commentators who speak English, Chinese or Japanese have been places to greet tourists at 7 tourist attractions in the region, including Gwanchoksa Temple that features the nation’s largest stone statue of Buddha called “Eunjin Mireukbul”, designated as the National Treasure No. 323 this past April and sculpted during the Goryeo Dynasty, as well as Myeongjae Gotaek and Donam Seowon.

Nonsan also has plans to revitalize a GPS-based stamp tour, which is fun, smart sightseeing for visitors suiting the current mobile age that is not only meant to generate interests and excitement but also to lead to re-visits and vitalization of the local economy, starting in October after trial operation.

A city representative said, “We will perform multi-dimensional PR of Nonsan’s tangible and intangible tourism resources and also constantly develop a variety of consumer-oriented content to do our best in establishing a global tourism city that people want to visit again.”