City of Asan invited CEO of An Minh Thai from Vietnam 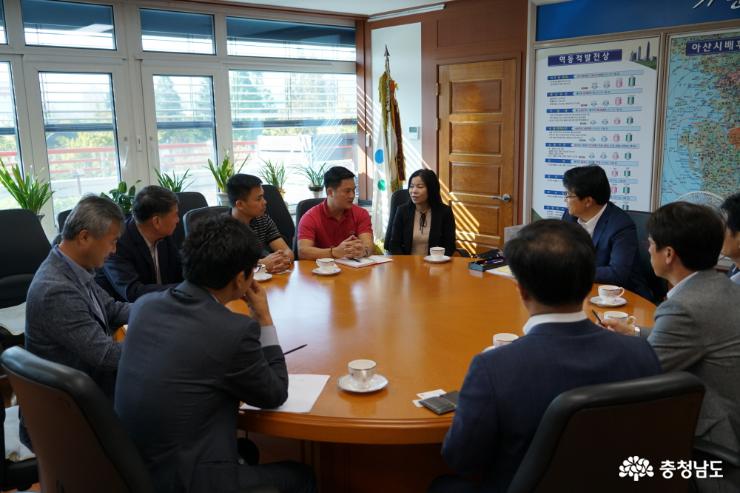 ▲ Business agreement signing ceremony for expansion of exports to Vietnam

On October 17th, the city of Asan (Mayor Bok Gi-wang) invited Thai Nguyen Hong, CEO of An Minh Thai, a promising Vietnamese buyer, who visited Korea by the invitation of NH Trading, to Asan for a discussion on the export of Asan’s fresh pears in the mayor’s office.

An Minh Thai is a professional fruit import corporation based in Hanoi and a promising company that supplies imported fruits to large markets in Vietnam and also operates 12 imported fruit markets.

Kim Jung-gyu, Distribution Support Team Manager, said, “Import globalization of agricultural products due to FTA and other policies has led to an increased consumption of imported fruits and, subsequently, has put the domestic fruit industry at risk”, and also added, “The amount of pear consumption per person, in particular, has decreased by 4% on average every year, from 9kg in 2008 to 4.1kg in 2016, resulting in an excessive production of pears…thus, expansion of sales outlets to overseas markets and vitalization of export are critical projects that have an absolutely significant impact on the stable production of pears.”