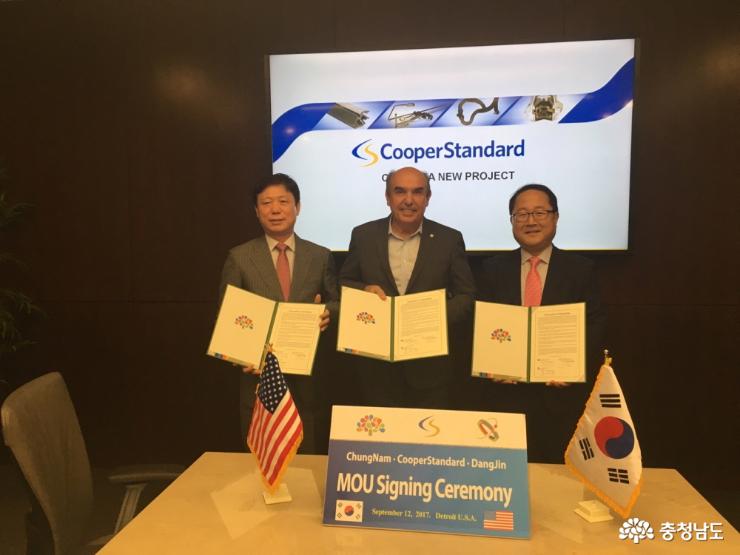 Despite the U.S.’s America First policies, Chungcheongnam-do has successfully accomplished investment deals from one American company after another.

On the 12th, Namgung Yeong, Vice Governor for Administrative Affairs of the province, signed an agreement for investment with Keith Stephenson, Executive Vice President at Cooper Standard Group and Shim Byeong-sub, Vice Mayor of the city of Dangjin, Korea, at the Cooper Standard headquarters located in Detroit, U.S.

With this, the province has successfully signed four of such agreements with American companies just this year, including FineEco, Matheson and Interface in this past May.

Founded in 1960, Cooper Standard is a global corporation in the automotive parts industry, operating in over 20 countries worldwide at 123 business sites where more than 30,000 people are employed.

Through this agreement, Cooper Standard will invest $30 million by 2021 to construct an automotive parts (rubber molding type) manufacturing plant over a land area of 53,592㎡ in the Dangjin Songsan 2-1 foreign investment zone.