Chungnam boasts No. 1 growth rate nationwide… expected to be a turning point in terms of improved profits for farms 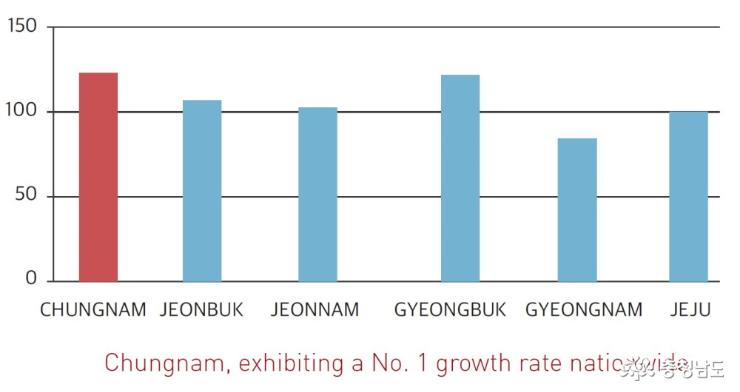 It has been estimated that the performance of the first half of this year has seen an increase over 30 billion KRW over the same period last year, and it is expected that growth in income will be materialized through innovation in the three elements of agriculture. According to the “2017 alliance marketing project promotion results” recently announced by Nonghyup Financial Holding Group, the first-half growth rate of the Chungnam integrated marketing alliance group scored 23%, the leading such statistic in the country.

On the national scene, Chungnam took first place with 23%, followed by Jeollabuk-do, which recorded 22.6%. The list goes on in the order of Jeollanam-do (7.5%), Chungcheongbuk-do (7.1%) and Jeju-do (1.3%) while other provinces like Gyeonggi, Gangwon and other metropolitan cities did not produce any significant results.

The reason for such rapid growth of farms in Chungnam is deemed to be attributable to the decisive contribution several MOUs signed with large distribution corporations have had on the pioneering of sales outlets as the organization of integrated marketing that has been carried out entered a stabilized stage.

A representative of the province stated, “As a part of the innovation in the three elements of agriculture, ordinances for development of integrated marketing have been enacted since 2013 and fostered provincial-level shipment organizations, thus affirming the basic fitness and strengthen capabilities…in particular, the MOUs signed with large distribution companies in 2015 and 2016 proved to be an important turning point that led to an increase in growth rate. From now on, Chungcheongnam-do’s cities and counties will serve as active salesmen until the integrated marketing farms can stand on their own.”

Meanwhile, the integrated marketing is a distribution organization that ties individual farms in the unit of cities and counties or regional or metropolitan areas in order to respond to the expansion of farm produce market and increased demands in high-quality and safe farm products.

Farms that have become organized through the integrated marketing can not only prevent intensified competition and price fluctuations, which are due to individual shipments, but also secure large-volume supplies to improve their bargaining power concerning price in the market. Also, it allows the ability to secure stable sales outlets for farm products generated within the province and, for items with high shares of market, maintain a leading position nationwide in price, volume, supply and demand, etc.