Chungnam opens the Eco-Friendly Era,Preemptive Response to The Paris Agreementy 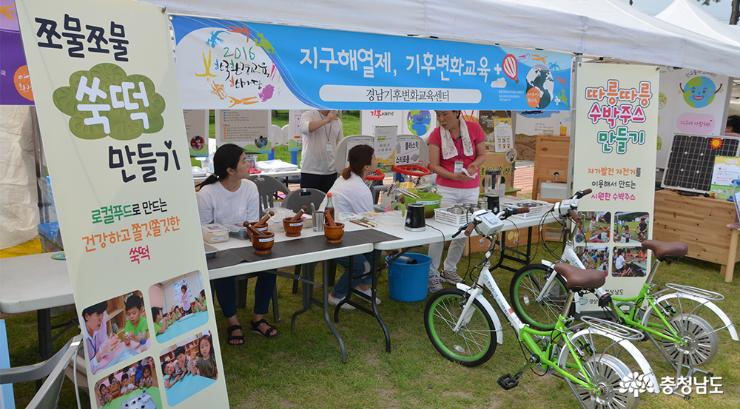 It’s almost ends of the era of fossil fuel. Humankind is being endangered for global climate changes and environmental pollution.

The Paris Agreement has been contracted in December last year. It’s the establishing of the Paris Agreement and announcement from all the countries in entire world to reduce use of fossil fuels and increase use of new renewable energy.

Chungnam-do has presented ‘Happy Environment’ as their main slogan and pushes ahead on various policies with a civil society. They offer to get rid of politic, economy, society, cultural structure and the cognitive framework that had built by fossil fuels in 20th century, and to have a vision for the world after the industrial era.

Chungnam-do is conducting a ‘One Person Reducing 1t of Green-house gas’ campaign. It is their effort to reduce using of green-house gas in the Paris Agreement. Especially, they decided to expand one of their environmental policies, the Carbon Point Policy, to citizens who economized using of electricity and water in their living places. By this policy change, people who reduce their using of electricity and water over 8% from this July to June in next year will about $500 ? $7,000 as an incentive. People can join the Carbon Point Policy in the website(www.cpoint.or.kr) or each eup, myeon, dong office(community service center).

Chungnam-do is also conducting a village-based policy. They made a rest area for heatwave in Dongmoon-ri, Taean-eup, and built an alternative energy generating unit to ‘Ildae Village’ in Asan and ‘Shindu 3-ri Village’. At the same time, they educated one hundred-five consultants to have a consulting about green-house gas in stores, houses and schools.

By the agreement between companies and farmhouses, Seobu Baljeon(Korea Western Power Co.,ltd, Taean, Chungnam.) invest $10million($2million annually) to support engineer protected cultivation and stockbreeding farmhouses to install the new renewable energy and the energy reduction facility for five years. The expected reduction of green-house gas will be 1,615CO2 ton per year.