Chungnam↔Overseas Express Operation Era Will Be Open Next Year 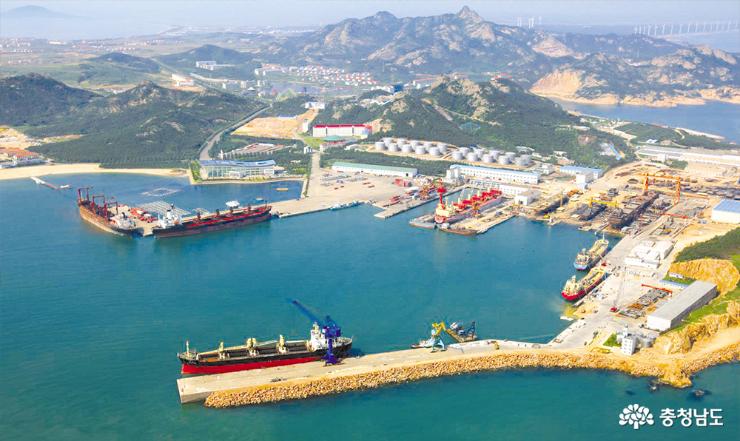 The first international transportation traveling directly between Chungnam and foreign country is scheduled to open next year. The South Korean and Chinese governments agreed to change the type of international passenger ship on Daesan ? Longyan route from clipper ship to car ferry and begin service next year at a 24th Korea-China Maritime Talks held in Yangyang, Gangwon Province. Clipper ship is a passenger ship only people can board and car ferry is a passenger ship which can transport persons, automobiles and freight.

The 339km-long sea route traveling between Daesan Port in Daesan-eup, Seosan-si, Chungcheongnam-do, Republic of Korea and Longyan Port in Rongcheong-si, Shandong, China will open. This is the shortest distance among Korea-China routes. Establishing a regular route of Daesan international passenger ship was decided for the first time at a 18th Korea-China Maritime Talks in 2010, and then infrastructure for operating ferry service was fully built by starting construction work on international passenger terminal and wharf of Daesan Port in 2013 and completing them in May 2016.

Chungcheongnam-do intends to develop Daesan Port into a multifunctional integrated port. While it build Daesan Port up as a harbor focusing on export to China by enhancing support function of a Daesan petrochemical complex which is behind the harbor, Chungcheongnam-do plans to put the port’s best foot forward as a Chungcheong region’s only container berth and develop it into a tourist port through beginning ferry service for international passenger ship.

Daesan Port ranks sixth for handling the quantity of goods transported among 31 trade ports of the whole country and especially container traffic is showing the highest increases in the nation. Also, if Daesan-Dangjin Expressway which is connected to Dangjin-Daejeon Expressway opens by 2022, Daesan Port will operate 10 container regular lines which is the largest number since its opening as the biggest port in the central part of South Korea which combines logistics and tourism and the role of the first international gate port in Chungcheong region is expected to increase when international passenger route will be open in the future.

Furthermore, Seosan-si is trying to rush the preparation for beginning operation of Daesan Port International Passenger Ship by agreeing to change the type of ship which is the greatest challenge of opening Daesan?Longyan route. Seosan-si plans to officially operate international passenger ship around next April after it takes steps to set up joint venture and secure vessels in negotiation with service provider soon.