The Master Puts Korean Soul in His Bows

Bows are one of the most prominent examples of Korea's ancient weaponry. Of the various types of bows made of iron, wood, bamboo and other materials, the Korean horn bow made of the bull's horn and tendon is the most powerful in the history of Korean bows.
Although Korean horn bows are usually around 125cm in length, their firing range spans hundreds of meters with some even reaching one kilometer. Only a handful of people have the skills to make Korean horn bows the right way in Korea. One of them is Mr. Ju Jang-eung, who has 38 years of making Korean horn bows in Yeongi-gun, Chungnam Province.
A bow cannot be made in a short period time. In the case of Mr. Ju, he devotes himself solely to making bows for five months every year from October to February. Sometimes it even takes a whole year to complete a bow, just like a single crop in farming.


The section above and below the handle is called “Ogeum,” which is made by collecting a bamboo tree in February and bending it over a fire. The handle of a Korean horn bow is called “Jomtong,” which is made from an oak tree collected in April or May. The bull's horn is collected in August when it is the hottest and the most humid and put under the plastic process in September.
In October, the horn is sliced thin and attached to the bow body. In December and January, the “Shimjul” is made with the tendon from the bull's fillet.
Mr. Ju's bows are highly popular among Korean archers because their winning probability at national archery competitions reaches as high as 90%. In 2010, his Korean horn bows were appointed as Chungnam's Intangible Cultural Asset No. 43, and the appointment was followed by his trademark registration under the name of “Korean Horn Bows of Yeongi.” 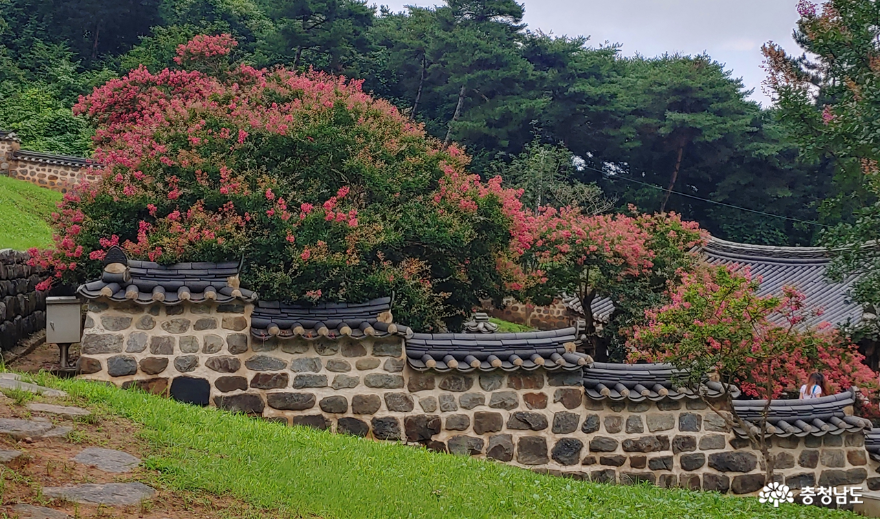