The “Fight Low fertility” relay campaign that started in Chungnam is spreading nationwide!

Governor Yang Seung-jo, the initial runner of the challenge, is drawing participation from about 100 local governments.

URL 복사
창닫기
The campaign to combat the falling birth rate under the slogan, “Let us all join efforts to overcome low fertility together!” started in Chungnam, and is now spreading nationwide gaining popularity. 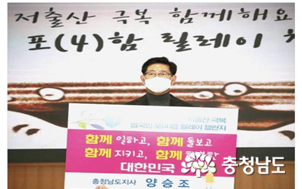 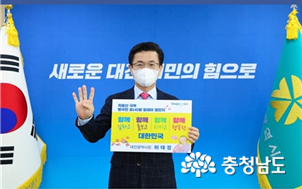 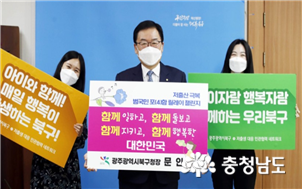 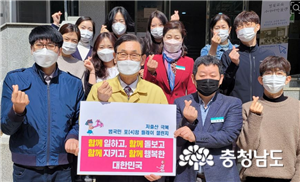 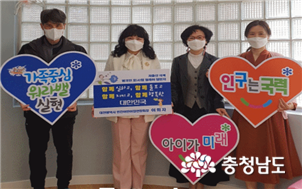 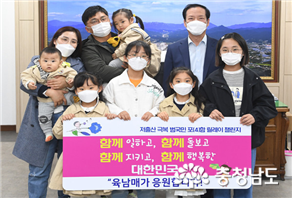 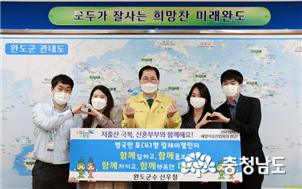 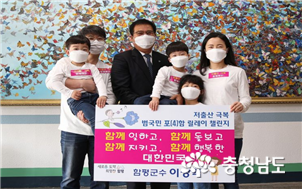 In February 2021, Governor Yang Seung-jo of Chungcheongnam-do became the first person in the relay, launching the campaign to deal with the national crisis caused by the low fertility rate through solidarity and cooperation.
The campaign aims to have all people actively participate in the drive under the slogan, “Let’s care for everyone and make all people happy together.”
Currently, local council members, celebrities, youths, and private organizations, as well as 100-odd local governments, have joined the challenge and are continuing the relay.
Governor Yang said, “We are hosting this relay campaign to draw the participation from every corner of society in an effort to find solutions to the low fertility issue, and I hope we can overcome this national crisis by working together, caring for others, and fostering happiness together.”
The relay campaign proceeds by posting photos or video clips containing catchphrases for overcoming low fertility to social networking services (Facebook, Instagram, Tweet, YouTube, etc.) and selecting two participants per week.